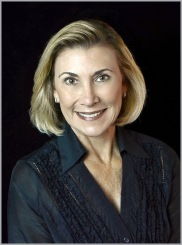 Sharon Lobel is a National and State accredited Master Photographer and Photographic Craftsman. She is a self-taught landscape, nature, wildlife, ocean and surf photographer.

With endless places in the world to photograph, Sharon is always ready to set off to find another adventure. Don’t let her city girl looks fool you because she would rather pitch a tent and hang out on the side of a mountain than go shopping any day!

In her younger years she worked as a model, both in print and television, which has given her a great advantage in photography. Sharon has traveled extensively around the world. She has experienced a wide range of adventures throughout Africa, Asia, Europe, Mexico, the Caribbean and the United States.

Sharon was 2016 and 2017 President of PPLAC (Professional Photographers of Los Angeles County) and has served as 1st VP, Secretary and Treasurer.

Under PPC (Professional Photographers of California), she has volunteered for numerous positions such as the West Coast School Secretary, PPC State Secretary and Image Competition Critique Chair.  She has several state award winning images with PPC and was named the 2016 PPC Animal Photographer of the Year. She received her PPC Master of Photography Degree in 2017 and in 2019 she received the most prestigious award that PPC can bestow, the Evans-Kingham Award for her service to the photographic community.

With PPA (Professional Photographers of America), Sharon was the 2013 and 2016 International Silver Medalist and has several images in the Loan and Showcase collection books. In 2017 she received both her PPA Craftsman and Master of Photography Degrees.

Sharon is also a photography educational and motivational speaker on all of our travel adventures and on “PMS” – “Passion, Motivation and Suitcase for Success”. She will dig deep into your passion and encourage you to find out what motivates you! Her “Suitcase for Success” is full of ideas from photographing insects to mountains, sharing her best tools and tricks in the field, traveling locally and abroad. 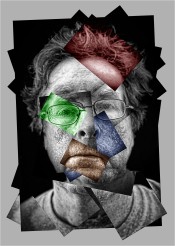 John who? His last name seems to be either misspelled or at the very least, missing some vowels. People encountering it for the first time often find it necessary to add syllables. Don’t worry. He’s used to it. For the record, “Grusd” sounds like, “bruised”.

A Life in Photography… Photography was woven into some of his earliest childhood memories because of his father, an accomplished amateur photographer who was never very far from his twin lens reflex camera. John captured his first images with that camera at the age of 3. As a child he played at taking pictures with his dad’s obsolete cameras and rather than looking at children’s picture books he preferred the portfolios of Ansel Adams and Edward Weston prints. He received his very own camera, a Kodak Brownie Starflex, when he was 6 years old and has had a succession of cameras ever since. Photography is the one constant that has continued with him from childhood to the present.

Aesthetics… Graduating from California State University at Long Beach with a degree in Industrial Design, his working life lead him through the creative disciplines of design, special effects for television, advertising graphics, video games, animation and ultimately into photography. A professional life in and around the arts as well as a lifelong student of art history pointed him towards an aesthetic that reflects many creative styles. Design, painting, drawing, sculpture, graphics and illustration as well as photography influence what he tries to achieve through the viewfinder. This broad foundation in art allows him to find inspiration in traditional compositions as well as modern non-representational approaches.

At PPA (Professional Photographers of America) he has been an International Silver, Gold and Platinum Medalist with several images admitted into the prestigious Loan Collection. In January 2018 he received his PPA Master of Photography Degree. In late 2018 he was selected to be a member of Team USA for the 2019 World Photographic Cup Competition.

His work has also been recognized internationally by the International Association of Panoramic Photographers (IAPP), the Photographic Society of America (PSA) and in the 2015 and 2017 International Landscape Photographer of the Year Competitions. In 2020 John was the Runner Up in the Siena Creative Photo Awards.

John is a photographer who also loves to teach and influence other photographers to find their own creative voice. He is past President of PPLAC (Professional Photographers of Los Angeles County) after previously serving as the group’s 2nd Vice President, Membership Chair and Outing leader.